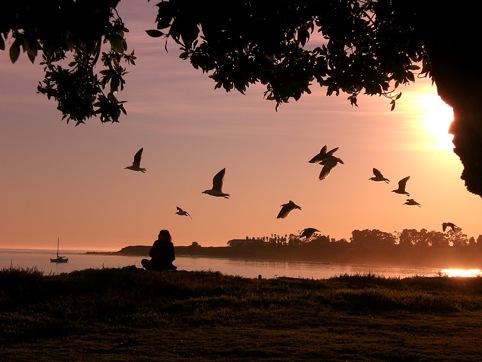 In the spring of 1999, the Isla Vista Chapter of Surfrider utilized its unique position as a student organization to gather over 4,200 signatures in support of a “Shoreline Initiative” to be added to the UCSB campus general election. With the Environmental Affairs Board as a co-sponsor the groups promoted a proposal for students to contribute $3 per quarter of registration fees to support stewardship of the local coast. The “Shoreline Initiative” was passed with 75.9% of the vote, the widest margin of victory of any initiative on the ballot and created a fund that would be administered through Associated Students.

An all student committee was set up in the summer of 1999 to write and refine the mission statement, and bylaws that would govern the newly established “Shoreline Preservation Fund.” A seven-member student Board of Directors was established to equally represent the student interests and includes three undergraduate representatives, two graduate student representatives, and one representative each from the two founding organizations. One non-voting representative from the Associated Students Legislative Council also sits on the Board.

In the Fall of 2007 the Students’ Initiative, a campus wide effort to increase the services at UCSB and to ensure the development of new programs for the future, passed. The omnibus initiative included increasing support for multiple student departments on campus including Coastal Fund, student funding. The Shoreline Preservation Fund changed the name to the Coastal Fund soon afterward to better incorporate the representation of support for our Coastline.